— Bristol Housing and Redevelopment’s board unanimously approved up to $5 million in tax increment financing Wednesday for a proposed hotel off West State Street. acupuncture in BristolIf approved by the city and Sullivan County, development group Tenneva LLC could receive the funding to build a national chain hotel on the city’s Greene property/West State Street redevelopment district, near the intersection of West State and Volunteer Parkway. Tenneva co-owner Brian Deal told the board the company plans to invest $22 million for the 86,000-square-foot, six-story, full-service hotel, planned to be built behind the Bristol Chamber of Commerce. The locally owned facility would have 143 guest rooms, an indoor pool, a fitness facility, a restaurant, a rooftop bar, a meeting space, 158 parking spaces and would be a catalyst for further growth downtown, Deal said. “When shovels hit the ground, we’ll need to hire about 100 constructions jobs at an average of around $25 an hour — which we plan to source and hire locally,” Deal said. “We will also expect to create 85 full-time [hotel] jobs at an average wage of $20 an hour. And all employees will also be offered full-time benefits and a 401(k) plan.” With tax increment financing [TIF], governments can agree to divert future property tax revenue increases to developers within a defined district earmarked for economic development. By law, housing and redevelopment authorities must first adopt an amendment agreeing to administer the funding. The district fronts Volunteer Parkway on the east side, Broad Street on the south, 10th Street to the west and State Street on the north but doesn’t include the Chamber of Commerce building at 20 Volunteer Parkway. Once operational, Deal said the hotel is expected to create about $207,000 in tax revenue annually.

For the original version including any supplementary images or video, visit http://www.heraldcourier.com/news/bristol-housing-approves-up-to-m-in-tif-funding/article_d9fd0ba6-018b-11e8-b0a3-a7ac961f1f3b.html 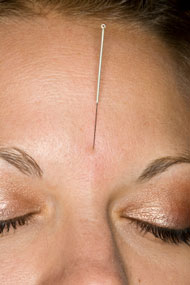